I directed the development of the prototype and demo content for this app powered children’s toy in early 2017.  When connected to a tablet, the walls of the toy’s enclosure are projected with environments that the child can directly control and modify, creating dynamic worlds for their play. 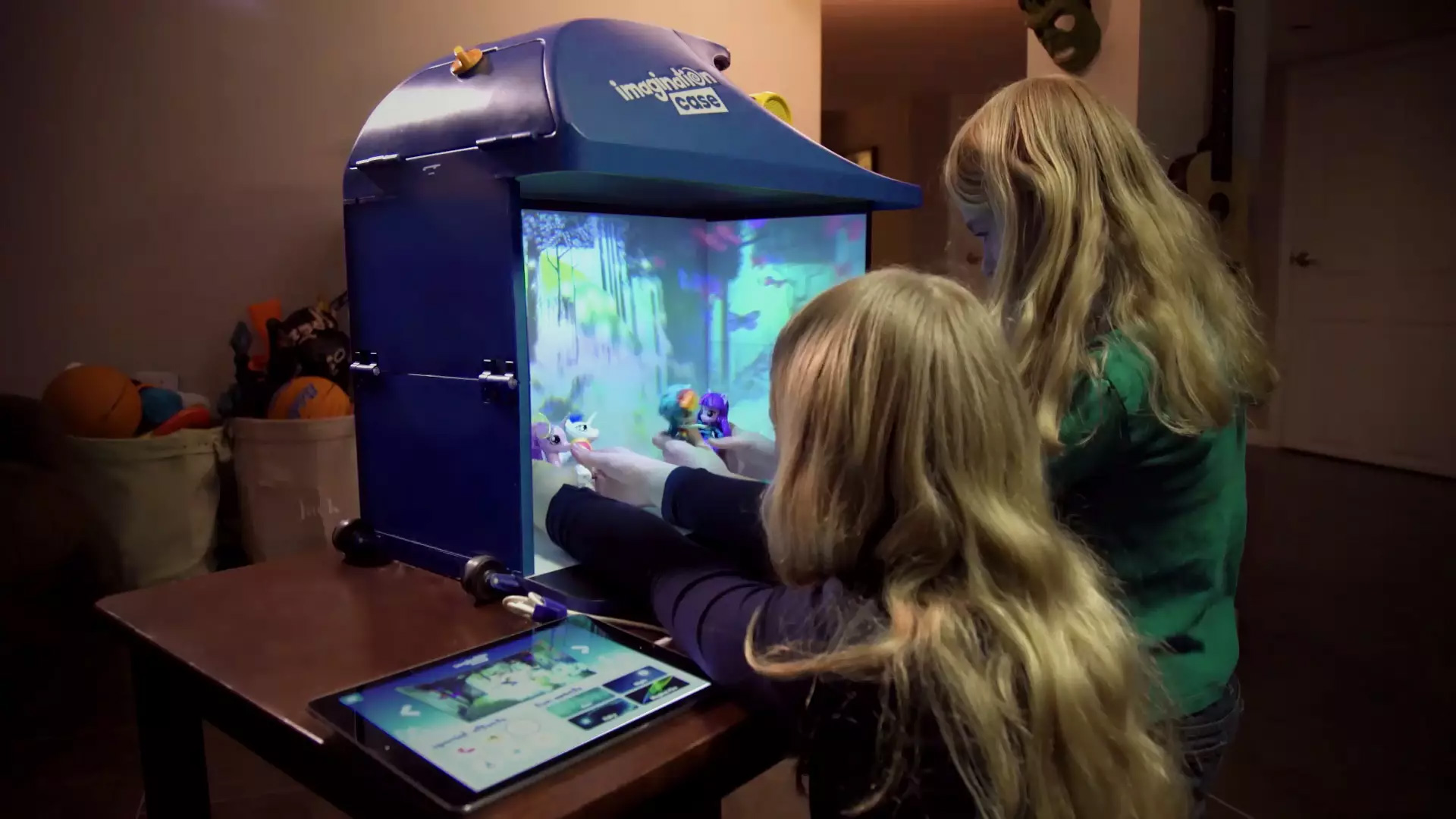 Utilizing a pico projector and an extreme wide angle lenses, the software displays controls on the tablet and content inside the toy.  After overcoming the technical obstacles associated with compensating for the lens distortion via software, I led our company’s design and animation teams in the development of six unique themes that could be loaded in the app.  We also created a ‘build your own’ mode, allowing children to draw their own digital designs into the box.

The prototype debuted at the 2017 New York Toy Fair to great manufacturer interest, and we’ve continued discussions with a number of partners about the ramp up to full scale production.