Moon Fun is a cooperative multiplayer game installation that I created for an Australian pixel art gallery in collaboration with Adrian Garner. The game involved the reuse of eight geriatric Macs that had been designated for the trash heap by a local school, linked together to create one game played across them. 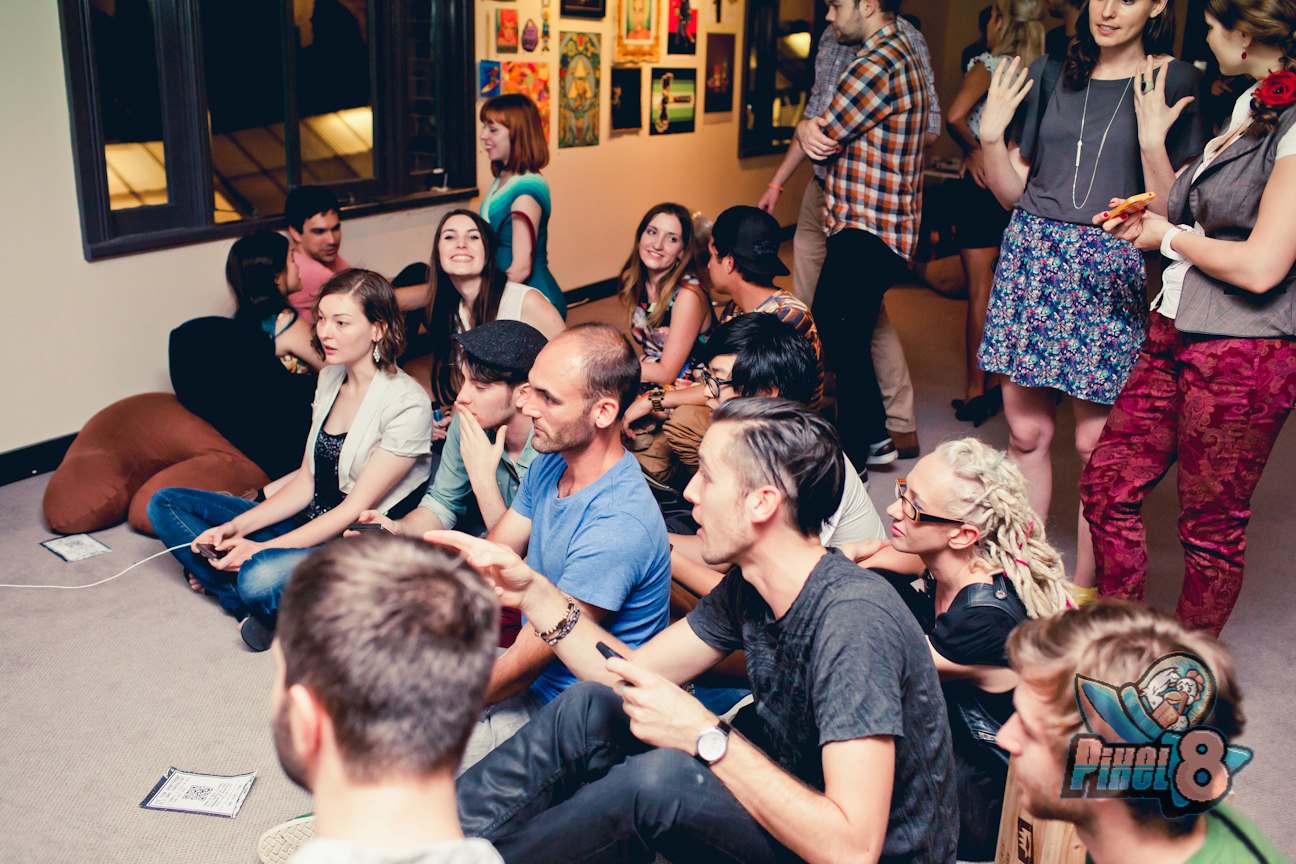 A Windows server hooked to a WiFi network allowed anyone with a smartphone to connect and control an astronaut in the game. Players were required to assist each other in opening doors and flying spaceships to beat the game as a team, allowing over 25 players to play simultaneously.

After the art show concluded, the game was installed in a public window in downtown Newcastle.  This allowed passing pedestrians to use their phones to log into the game and play with friends.

Since then, it’s been brought to various events including the 2017 Newcastle Fair Share festival and the 2017 Melbourne Psytrance / Doof festivals.

You can download an online incarnation of the game here:
Windows
macOS
Linux 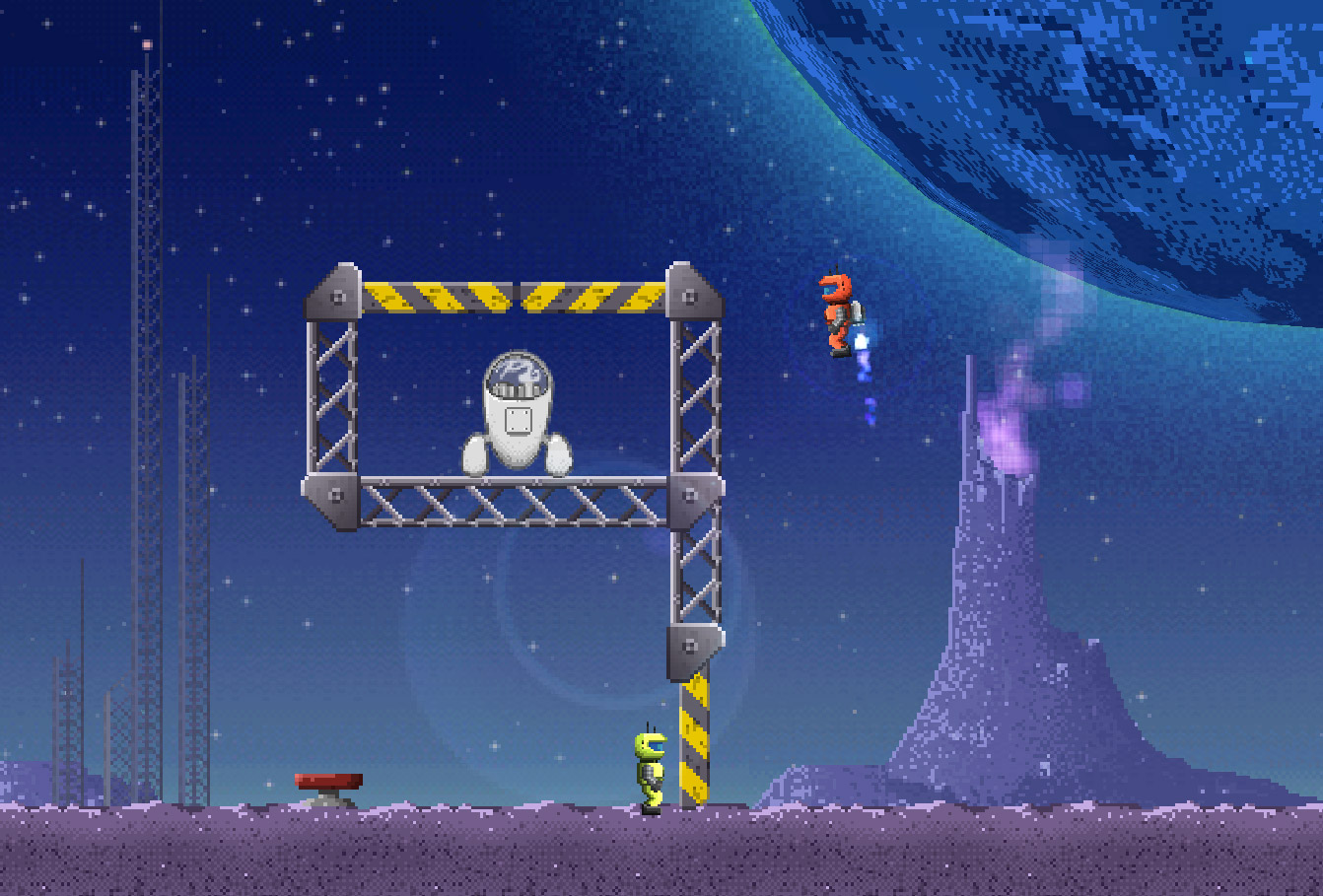 Sadly, many digital astronauts and expensive pixel spaceships were lost in their pursuit of glory.